Just Released! The World System in Transition: a panoramic view

This book is a collective work written by International Relations research ers who search to understand the current dynamic transformation of the world system through an analysis of the relative decline of the United States in several fields (economic, political, geopolitical and ideological) and its consequences over the interstate system. Immanuel Wallerstein and Giovanni Arrighi, among other theorists, who founded the World System Analysis (WSA), have already indicated changes on the world economy since the 20th century.

After the euphoria caused by the fall of the socialist bloc (1989) and the consequent end of the USSR (1991), the world system has been headed by the United States, a country that found a favorable scenario for the consolidation of a liberal economy under the command of a Pax Americana. In 2008 the world system was affected by the most important eco nomic crisis until now, with its epicenter in Wall Street.

Since the begin ning of the 21st century, with the world undergoing different crises, we have been experiencing, among other things, the geopolitical resurgence of Russia, the consolidation of China as an economic, geopolitical and technological player, as well as the BRICS, whose consequence is reflected by the aggressiveness of Washington (Donald Trump – 2017/2021) to face these challenges. It is important to say here that China was the main target of the former US president.

The rise of China as a direct concurrent of the United Stated in the Systemic Accumulation Cycle and the emergence of BRICS (despite many conjectural problems face by some of its members), along with the creation of the New Development Bank (NDB), for example, indicate a transition process of world system financial axis. Another element that deserves to be highlighted is the Covid-19 pandemic, which has affected the entire world, impacting relevantly the world economy with long-term real effects that have not already been measured. (…) 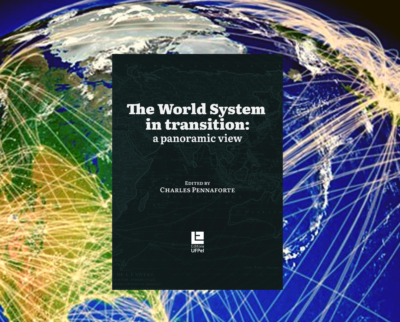