Study of selenium metabolism in yeast

Abstract: Saccharomyces cerevisiae and many other microorganisms have the remarkable ability to accumulate large quantities of metallic/metalloid elements. This ability has been exploited for the production of yeast based mineral supplements, which have been used for decades. However, the efficacy/toxicity of trace element is depends on its chemical form (i.e. speciation). Using high resolution mass spectrometry the selenium analogs of the key metabolites of the sulfur amino acid pathway has been identified in selenium enriched yeast. Employing the developed analytical method the stress response of Saccharomyces cerevisiae to Se-Met, Se (IV) and Se (VI) was studied metabolites identified.

Here we report the presence of nanometer sized metallic deposits in yeast cells grown in the presence of either, Se, Au, or Pt identified using a combination of synchrotron based micro X-ray fluorescence and hard x-ray microscopy and nano secondary ion-, electrospray- and inductively coupled plasma-mass spectrometry. 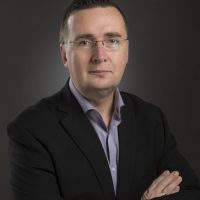 Zoltan Mester was born and raised in Hungary. He completed his PhD in chemistry splitting his time between his alma mater in Budapest and ENEA, Rome, Italy. After a postdoctoral stint at the University of Waterloo, Canada in 1999 he joined the chemistry program of the National Research Council Canada (NRC) in Ottawa. Since 2010 he is heading the inorganic chemical measurement science activities at NRC. His research interest encompasses analytical mass spectrometry, sampling, sample preparation and sample introduction. He is currently serving as at President of the Analytical Chemistry Division of IUPAC. He also represents Canada at the Consultative Committee for Amount of Substance which is responsible for the upkeep of the chemists’ SI unit, the mole. He is also active in the standardization community. He has established the ISO Canadian Committee on Reference Materials and serving as the Chair coordinating Canada’s contribution to reference materials related standard development.

He has published over 180 peer reviewed papers, 3 book chapters and book on sample preparation and gave numerous invited presentations at various conferences.