The Congress will be completely online due to the Covid-19 pandemic. The Federal University of Pelotas is hosting the virtual event via GoogleMeet and StreamYard (free platforms), broadcast live on the Congress YouTube channel. 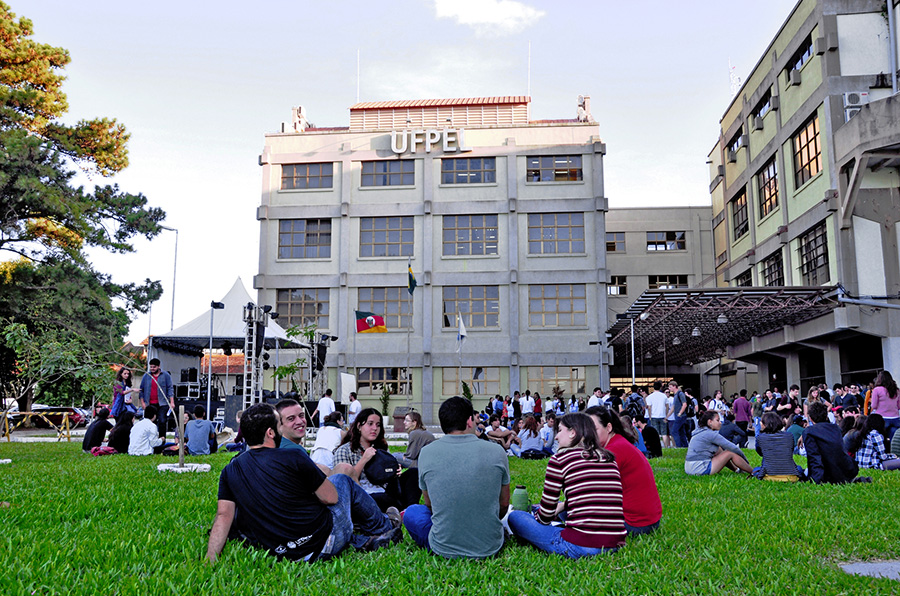 The Federal University of Pelotas – UFPel is a Brazilian institution of higher education, whose campuses are located in the cities of Pelotas and Capão do Leão, in the state of Rio Grande do Sul in Brazil. Currently, the main Campus is located in the historic building of the former Anglo in the Pelotas Port Zone.

According to a history of UFPel, Brutus Almeida’s charqueada existed until 1916 at the site of the main Campus, later the Companhia Frigorífica Rio Grande, which was sold in 1924 to the English firm Westerns Brothers, which transformed the place into Frigorific Anglo. Frigorífico Anglo S.A. started operating in Pelotas around 1940, and the Balsa neighborhood, next to the slaughterhouse, was occupied by workers who even came from other cities to live close to work. The Fridge was created by the British in the Second World War with the main objective of sending canned meat to England, for the soldiers on the front.

The University was founded on August 8, 1969. The following units participated in the formation of UFPel: Faculty of Domestic Sciences, Faculty of Veterinary Sciences, Faculty of Law, Faculty of Dentistry and Institute of Sociology and Politics and the traditional Faculty of Agronomy Eliseu Maciel (the oldest in Brazil, having its origins in the Imperial School of Veterinary Medicine and Practical Agriculture founded in 1883). In the same year, on December 16, 1969, UFPel was integrated, in addition to those of the training nucleus, by the following academic units: Institute of Biology, Institute of Human Sciences, Institute of Chemistry and Geosciences, Institute of Physics and Mathematics and Institute of Art. The following institutions were also added to the University: School of Fine Arts “Dona Carmen Trápaga Simões”, Faculty of Medicine of the Higher Education Institution of the South of the State and Conservatory of Music of Pelotas. The University was integrated as supplementary bodies: the Piratini Experimental Station, the Southern Training and Information Center, the University Press, the Central Library, the Museum and the Student House and, as complementary bodies, the Colégio Agrícola Visconde da Graça and the College of Rural Home Economics.