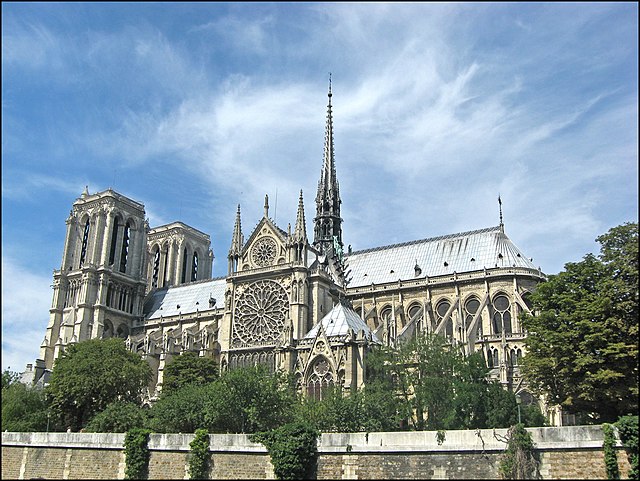 In summary, the empirical evidence on cathedral and related building in France supports the view of cathedral building as of economic significance. Although based on rather heroic assumptions, the best estimate is that at least 2.5 percent of the adult male population of northern France was engaged in such building during the first half of the thirteenth century. (p.95)

In addition to significant contributions to the technology of construction and design, the cathedral building also had a profound effect up on the labor force. It stimulated specialization and division of labor and created a mobile work force of dimensions unknown before (p.96)

Thus, far from simply being a place of worship, the medieval cathedral was a multi-purpose structure, with some of the characteristics of the modern commercial mall, union hall, courthouse and amusement park (see Kraus 1979). (p.455)

The great cathedrals of the Middle Ages entailed massive expenditures of capital and labor. Many were built on the ruins of earlier structures, or were extensions of existing churches. The enormous cathedral at Amiens, with an area of about 84,000 square feet, could house the entire population of the town (about 10,000 inhabitants). Most cathedral cities contained numerous parish churches, but many cathedrals were built to hold all, or a greater number, of the citizens of the town (Johnson 1980, p. 21). The nave of many cathedrals alone could serve as a place for guilds to meet, degrees to be conferred, and goods to be bought and sold (Mitchell 1968, p. 9). The role of the medieval cathedral was multi-faceted, with religious observance and ritual mixed with civil and commercial interests. (p.456)

Despite the very limited nature of our sample, it does not appear that the massive investments in cathedrals had much of an effect on city growth during, or even after, theMiddle Ages. In many cases, construction of a cathedral took decades or even centuries to complete. One might conclude from Table 1 that the construction of the cathedral at Laon may have actually reduced growth. In the case of Rouen (made famous in the series of paintings of Monet), a rather continuous construction between the late twelfth and sixteenth centuries may have had a positive effect on growth, but verification of this prospect would require deeper studies of factors peculiar to that city. The two great French cathedrals of Nôtre Dame and Chartres, which began construction in the twelfth century, could hardly have raised Paris to the second largest city in Europe by 1200, but they might have contributed to that result. (p.457)

We suggest that an economic reason for the Catholic Church building huge cathedrals was to signal to potential entrants its commitment to sustaining the same output. While cathedrals may have created many functional by-products (guild meeting halls, and so on), we argue that they were also, in fact, signaling devices of brand name capital, as described by Klein and Leffler (1981). The content of the signal was to indicate to prospective entrants (Protestants and others) that excess capacity existed for the Roman Catholic religion and membership. (p.459)