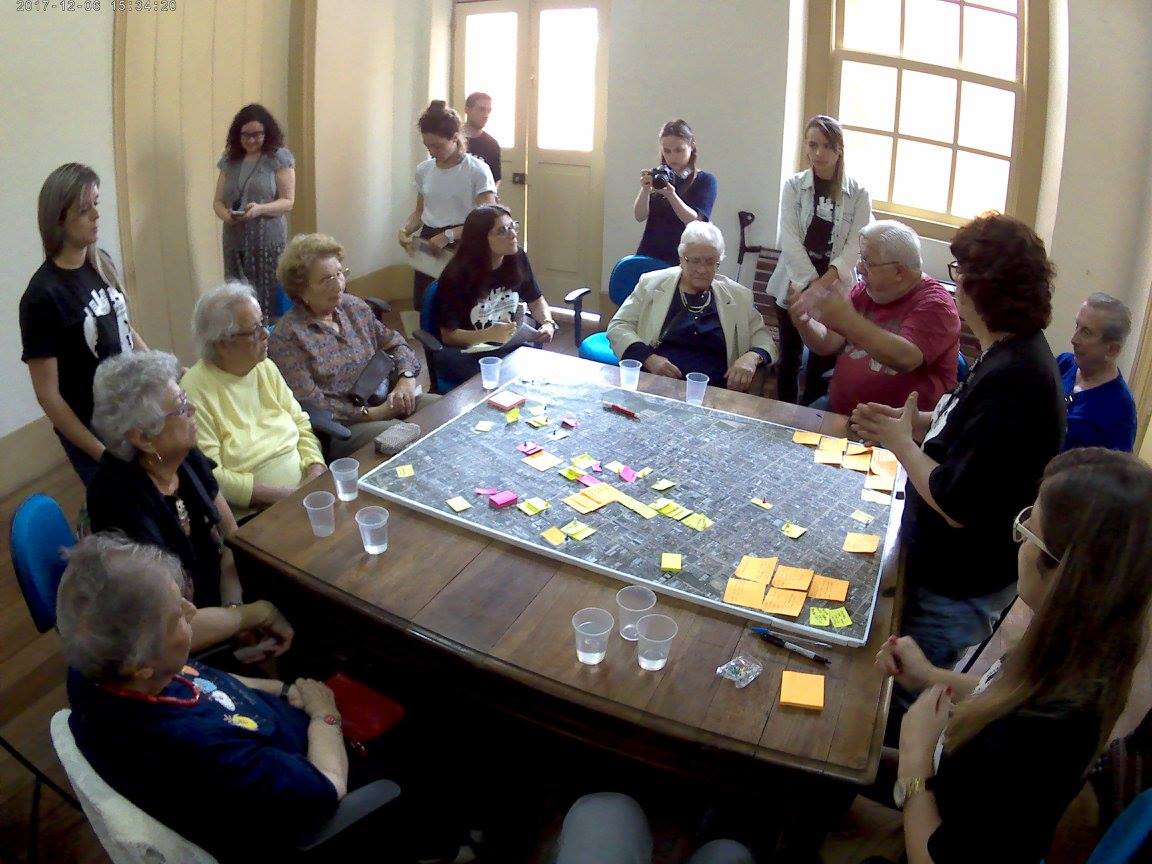 WP2 translated the experiences gained from WP1 into ‘sense of place’ maps and designs for community. In the UK, Brazil and India, this was achieved through participatory mapping workshops undertaken with the community to facilitate knowledge production from the ground-up. Participatory maps provided a valuable visual representation of how a community values, understands and interacts with place and helps identify the significant features within the environment that embody place (IFAD, 2009).

The mapping workshops utilised flip charts and design materials to facilitate: mapping of existing services; identifying barriers and facilitators to access; exploring opportunities for active living; highlighting place affordances; positioning of amenities; facilitators to mobility and walkability; streetscape design. The data obtained from WP1 in Brazil, the UK and India was integrated into the mapping exercise, thereby sharing and combining individual accounts into a collective spatial understanding of place. To ensure that control of the process remains with the community, participants directed the map making process (with facilitation by academics) and retain ‘ownership’ of the maps. The mapping workshops included stakeholders (older adults, local authorities, policy and practice personnel, architects, urban designers, planners and developers and community organisations) in a process of active dialogue and shared learning. This collaborative learning is important for challenging top-down practices and attitudes around urban planning, positioning the older adult and their stories and maps as central to the dialogue process and other stakeholders as active listeners and learners.

A total number of 3 day participatory mapping workshops were undertaken in each case study site (total = 54 workshops), involving up to 30 participants in each workshop (15 older adults and 15 stakeholders including planners and developers, community organisations, service providers and local government).

Local residents were recruited from WP1 and through advertisement in the local community, for example, through posters, recruitment events and resident mail outs. Stakeholders  included local authorities, policy and practice personnel, architects, urban designers, planners and developers and community organisations who were recruited through stakeholder mapping (taking place at the start of the project) and through pre-existing relationships that the team have developed with local organisations.

All mapping workshops were video/audio record and take notes to ensure that they fully capture the discussion in the workshops and to complement the visual data generated through the creation of the maps. A short report were generated from each workshop, identifying key observations and themes. Each national project team collectively analysed the maps and key themes and generate a national report. The national project teams came together through a cross-national event for comparative analysis of the results across Brazil, India and the UK to explore commonalities and difference between the case study sites.