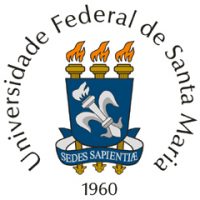 The study of the chemistry of the elements selenium and tellurium has begun in Brazil in 1933, when the German professor Heinrich Rheinboldt started his activities at the freshly formed University of São Paulo-USP. From the pioneering work of Rheinboldt, several groups were created to study the chemistry of these two elements. This fact influenced many Brazilian researchers and selenium and tellurium chemistry became widely diffused in the largest and most important research centers in Brazil.

In October 2006, we held the I ESeTe – Meeting on Selenium and Tellurium, at the Hotel Dall’Onder in Bento Gonçalves – RS (http://w3.ufsm.br/esete/). From this first meeting there was the biannual holding of this event in different places in Brazil. In the last edition, held in 2016, it was agreed to include the chemistry of the sulfur element within the scope of the event.

Thus, this project proposes the organization of the VII Meeting on Sulfur, Selenium and Tellurium – VII ESSeTe, including in this edition the VII Workshop of the SeS Redox & Catalysis Network, which will be held at Hotel Itaimbe in Santa Maria – RS. This event will feature international participants from countries such as Germany, Italy, Poland, Japan and Australia, and aims to bring together researchers, students and other professionals of this field to address the progress that has already been made and set goals for a joint development of products and processes of common interest.