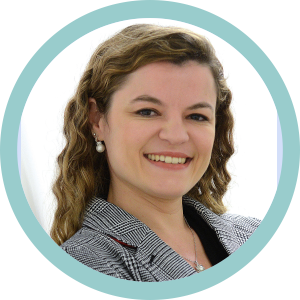 This presentation will be given in Portuguese.

Video streaming is already the number one activity in smartphone use while video is the most used form of communication. Besides, the much-awaited new immersive video experiences had been promising a significant increase in broadband usage for video streaming for years. In 2019, video streaming was considered one of the principle drivers of 5G services and its market was expected to expand at a rate of 19.6% achieving US$124.57 billion by 2025 (according to Grand View Research Inc.). Then we had the COVID-19 pandemic… to only confirm how much we currently rely on video for entertainment, relationships and work purposes. The result is a new even better adjusted forecast: a market of US$184.27 billion by 2027.

In this billionaire market, the wide adoption of International multimedia standards is fundamental to ensure interoperability among all the heterogeneous devices, systems and video-on-demand platforms. The creation of new standards for the always upcoming new multimedia formats is a constant need and the competition among the standards organizations increases year after year.

Two years ago, Brazil finally became not only a user but also a producer of these standards. The official Brazilian delegation (first and only one in Latin America for the “ISO/IEC JTC 1/SC29”) was created in 2018 and since then Brazilian experts from industry and academia have been actively contributing with innovative technologies for these future ISO/ITU-T multimedia standards. The Brazilian national body activities will be presented in this talk, as well as the standards creation process and the current standards developing organizations (SDOs) status.

Vanessa Testoni received the B.S. degree in computer science from PUC-PR, Brazil, in 2002, the B.S. degree in electrical engineer from UFPR, Brazil, in 2004, and the M.Sc. and the Ph.D. degrees in electrical engineering from Unicamp, Brazil, respectively, in 2006 and 2011. Right after her graduation, she joined the University of California, San Diego (UCSD), USA, as a postdoctoral employee.

Since 2013 she has been the research leader in Media Standards at SRBR (Samsung Research Institute Brazil) where her research interests include digital signal processing, computer vision, machine learning, and specially image and video coding. She has authored/co-authored several scientific publications and patents.

Dr. Testoni was the Brazilian PhD Student awarded the Microsoft Research Ph.D. Fellowship Award in 2009. In 2014 she received the MIT TR35 (Young Innovators under 35) in the first Brazilian edition of the award. In 2016, she was elected an affiliate member of the Brazilian Academy of Sciences (ABC) and also the chair of the IEEE SPS (Signal Processing Society) São Paulo chapter. In 2018, she was elevated to IEEE senior member and nominated the first national head of the ISO/IEC JTC 001/SC 29 (JPEG/MPEG) Brazilian delegation.