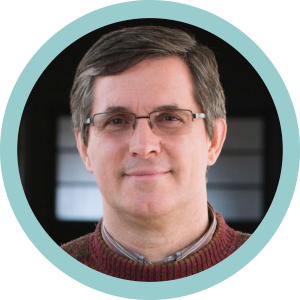 The light information associated to these richer visual representations may be modeled by the so-called plenoptic function, which has a limited number of practical acquisition models. In this context, the light field and the point cloud representation paradigms deserve special reference. While the light field representation model is based on a high number and high density of 2D scene perspectives (thus using pixels), the point cloud model represents the visual scene by a set of 3D points (thus using voxels), the so-called geometry, located on the objects’ surfaces, and associated attributes, e.g. color, reflectance and normals. Both representation models have the potential to offer new functionalities, notably the so-called 6 Degrees of Freedom (DoF) immersion, where different and appropriate visual information is offered to the user while exploiting the three rotational degrees of freedom and the three translational degrees of freedom, in the same way as in the real world.

The natural consequence of these very rich, realistic and immersive representations is a very large amount of data, which requires appropriate coding to allow efficient storage and transmission. This evidence of massive amounts of data and the growing pressure from the industry for appropriate coding solutions has led both the JPEG and MPEG standardization groups, the most influential in the imaging and visual data coding arenas, to initiate projects targeting the standardization of coding solutions for both light fields and point clouds.

This talk will concentrate on the recent advances in light field and point cloud coding standardization. In this context, special relevance will be given to the emerging JPEG Pleno and MPEG coding standards as well as some exciting future trends.

Fernando Pereira is currently with the Department of Electrical and Computers Engineering of Instituto Superior Técnico and with Instituto de Telecomunicações, Lisbon, Portugal.

He was an IEEE Distinguished Lecturer in 2005 and elected as an IEEE Fellow in 2008 for “contributions to object-based digital video representation technologies and standards”. He has been elected to serve on the Signal Processing Society Board of Governors in the capacity of Member-at-Large for a 2012 and a 2014-2016 term. Since January 2018, he is the SPS Vice-President for Conferences.

Since 2013, he is also a EURASIP Fellow for “contributions to digital video representation technologies and standards”. He has been elected to serve on the European Signal Processing Society Board of Directors for a 2015-2018 term. Since 2015, he is also a IET Fellow.

He has been participating in the MPEG standardization activities, notably as the head of the Portuguese delegation, chairman of the MPEG Requirements Group, and chairman of many Ad Hoc Groups related to the MPEG-4 and MPEG-7 standards. He is a co-editor of ‘The MPEG-4 Book’ and ‘The MPEG-21 Book’ which are reference books in their areas.

He won the first Portuguese IBM Scientific Award in 1990, an “ISO award for Outstanding Technical Contribution” for his contributions to the MPEG-4 Visual Standard in 1998 and an Honorable Mention of the UTL/Santander Totta Award for Electrical Engineering in 2009, 2010, 2011 and 2012. He won the ‘Excellent Professor’ award from the Electrical and Computers Engineering Department of Instituto Superior Técnico in 2010, 2011 and 2012.