BATALE – Written Language Acquisition Texts Database – was created in 2001 and currently has 7423 spontaneous texts, which are distributed into 9 strata, as shown in the chart below: 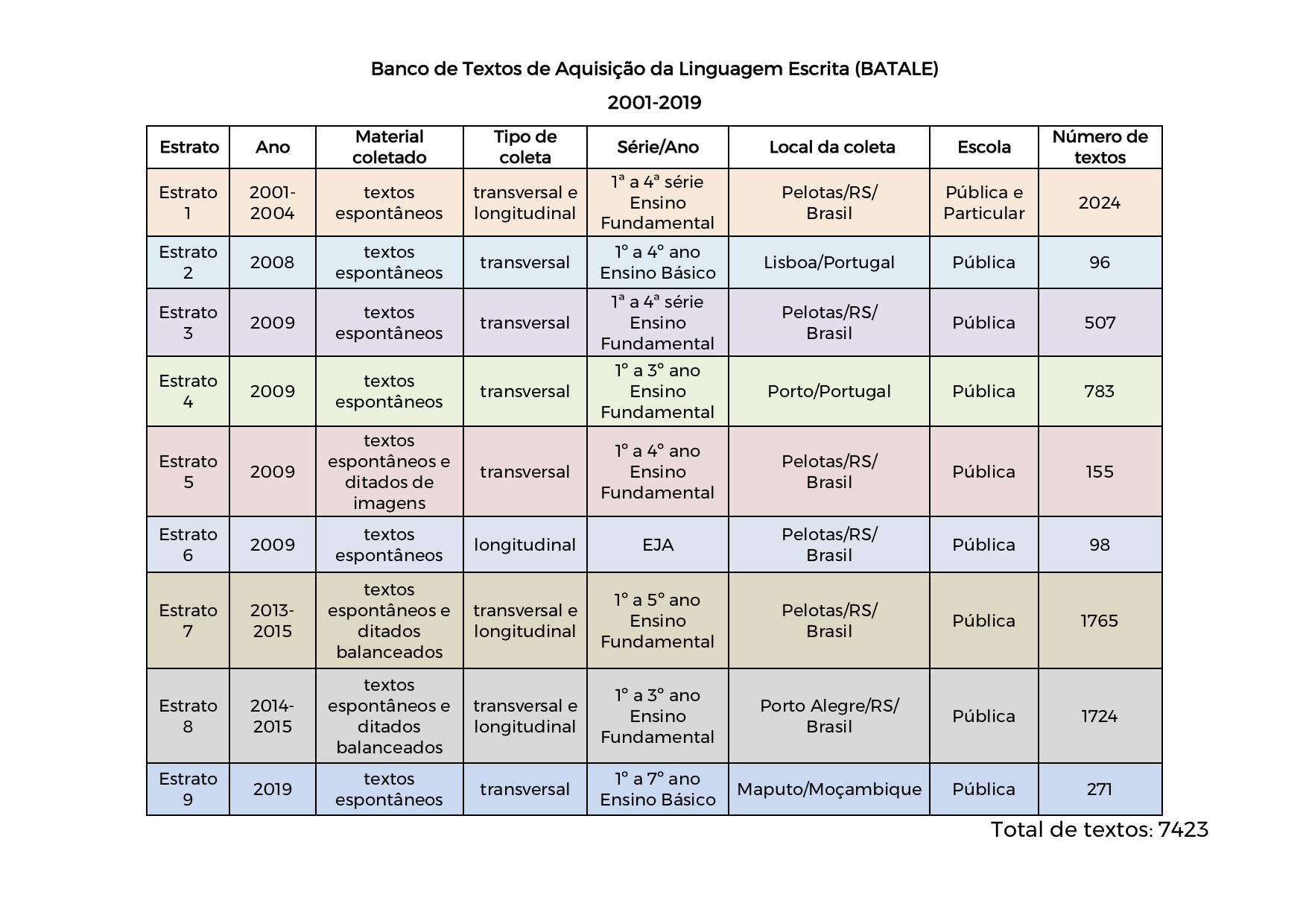 All text collections were carried out by members of the research group and followed the same methodology: going to schools to apply text production workshops that aimed the production of spontaneous texts and which performed the following routine: warm-up (stimulation activity through images or dialogues), production (individual writing activity) and socialization (reading activity of the productions performed).

After the collection, the texts are stored in cataloged folders, suitable for the proper conservation of the material. For better organization, codes are created for each text, which contain corresponding fields to, for example, student number, student age, stratum number to which the student text belongs, acronym of the school to which the student belongs, student’s grade/school year etc.

After preparing the codes, the texts are typed in Word, respecting the spelling used by the child and the change of lines, and scanned in JPEG or PDF format. The identification of the children participating in the collections is suppressed in the text treatment process, in order to preserve their identity as well as prevent any form of exposure, thus respecting the ethical standards of scientific research.

It is up to the interested researcher to extract the data that suits him. In the case of studies developed at GEALE, the focus of interest is on the spelling errors. Thus, from the texts, all the spellings in which there is some type of spelling error are extracted, which are recorded in specific cards for the classification of errors, one for each student. The survey of errors in Stratum 1 of BATALE was inserted into a computer program created from the Microsoft Access platform specifically for research developed at GEALE, which allows for the storage, tabulation and computation of errors. The computation of data from the other strata was the responsibility of each researcher in particular (scientific initiation and graduate students), usually made via Microsoft Excel.