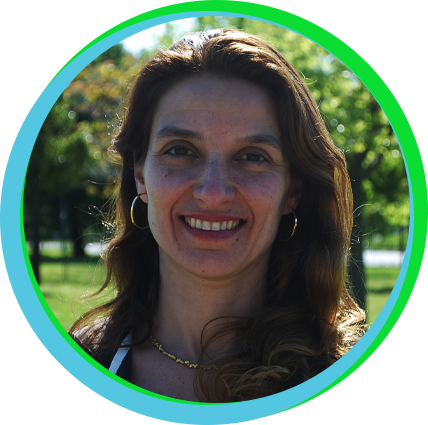 Multimedia sensors have recently become a significant data source in the Internet of Things (IoT), giving rise to the Internet of Media Things (IoMT). In the IoMT, sensors are cameras and microphones with limited processing and storage capacity, which connect to heterogeneous devices and diverse applications. Multimedia sensors produce continuous, massive data streams with nontrivial structure and temporal significance. Such features make the processing of multimedia streams more complex than traditional sensor data. In addition, since multimedia applications are usually latency-sensitive, data processing in the cloud is not always suitable. A strategy to minimize delay is processing multimedia streams closer to data sources, exploiting resources at the network edge. As virtualization is widely used to reduce complexity arising from heterogeneity in IoT environments, it can be used for IoMT too. In this talk, we present the concept of virtual multimedia sensors (VMS) and an edge-based architecture and platform to manage them, enabling IoMT applications to be easily deployed. Our proposal encompasses V-PRISM, a software architecture tailored for IoMT, and ALFA, a distributed implementation of the architecture. V-PRISM components were designed to be deployed and executed in multiple edge nodes. VMSs are in charge of processing multimedia streams and provide an abstraction layer between IoMT applications and physical devices that produce those streams. Our experiment results show that the proposed approach can successfully perform multimedia stream processing for applications that require low-latency.

Débora Christina Muchaluat Saade holds a Computer Engineer B.Sc. degree (1992), MsC in Computer Science (1996) and PhD in Computer Science (2003) from Pontifícia Universidade Católica do Rio de Janeiro (PUC-Rio). She is a full Professor in the Institute of Computing at Fluminense Federal University (UFF). She is the founder of the MídiaCom Research Lab (www.midiacom.uff.br). She is a member of the technical committee of the Brazilian Digital TV Forum. She has contributed to the development of NCL (Nested Context Language) and Ginga-NCL, used in the Brazilian Digital TV Standard (ABNT NBR 15606-2) and IPTV services (ITU-T H.761). She was the vice-Dean of the Graduate Program in Computing at UFF from 2017 to 2021 and the Dean of the Undergraduate Program in Computer Systems Technology from 2014 to 2019. She was the coordinator of the Special Committee on Computing Applied to Healthcare (CE-CAS) of the Brazilian Computer Society (SBC) from 2017 to 2019. Her research interests are multimedia, mulsemedia, computer networks, wireless networks, smart grids, IoT, interactive digital TV and digital healthcare.